Dear Fighter Pilots, Friends and Partners :pilotfly:
The Free for All event has now ended. We hope you have all found something new
and interesting to discover. Please note that the DCS World Steam Edition:
Free for All Sale continues until the 27th of May.

This week we launched an update to DCS World Open Beta. The update has been
optimised to take advantage of the latest graphic drivers and processor performance
as we work towards an efficient CPU load management system. With over 200 bug
fixes and upgrades, this is one of our biggest updates.

Most importantly, we are delighted to announce the release of DCS: Supercarrier into
Early Access. Please take another look at Supercarrier: Quick Start and
Supercarrier: Mission Generation and make sure you hit the ground running.

Thank you for your passion and support.

The new Open Beta encompasses a large number of updates to the environment.
A number of Campaigns have also been revised to ensure that they are compat-
ible and accessible.

The F/A-18C Hornet and F-16C Viper have both received major updates. We have
done what we can to include many of the community's requests, especially in
regards to the Hornet’s litening pod. Our third-party partners have also been hard
at work with updates to the M-2000 Mirage and the AV-8B Night Attack by RAZBAM.
Notably, Heatblur Simulations have released substantial updates to the F-14B Tomcat
and the ASJ37 Viggen.

Magnitude 3 have also released a large update, read about it on their website:
leathernecksimulations.com

DCS: Supercarrier is the most detailed and realistic simulation of the Nimitz-class
aircraft carrier ever created. In total, the US Navy manufactured 10 Nimitz class ships.
Our product will include all 5 vessels of the Theodore Roosevelt sub-class:
CVN-71 Theodore Roosevelt
CVN-72 Abraham Lincoln
CVN-73 George Washington
CVN-74 John C Stennis
CVN-75 Harry S. Truman
We know that you have waited a long time for this complex module to deliver.
The workload has been intense and we would like to thank all of those who put
in the extra hours needed to meet this ultimate deadline, you know who you are.
We are confident this powerful new module will inspire every one of us.

We had planned to release the A/G radar this week but due to technical reasons,
this has been moved to 3rd of June.

At Early Access launch, Case 1, Case 2, and Case 3 will be supported. After Early Access
will we do additional work to include pattern re-entry after a wave off or bolter, and
Automatic Carrier Landing (ACL) support.

If you do not own the Supercarrier module, you will not be able to spawn on the
deck to take off or catch an arresting wire to land. You would also not be able to
take advantage of the new radio communications, the Ready Room, LSO Station,
and Air Boss Station.

Benefit from the Early Access discount and save 20% on DCS: Supercarrier.

Thank you all again for hanging in there with us. You make our dreams come true! 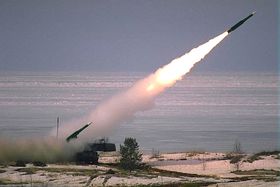