DCS World Easter-Spring Last Days! Our Easter-Spring 2019 is rapidly nearing its end on Sunday, 28 April 2019, get 50% off on most DCS World products.

In addition to the DCS Store, we are also offering the same savings on Steam.


Exceptions are:Our next planned sale will not be until summer 2019. Take advantage of these great savings while they last.

Thank you and enjoy!

DCS World Open Beta Update This week we updated the DCS World Open Beta with special attention to the Hornet. The Joint Direct Attack Munition (JDAM) now has improvements to the flight model/autopilot. With this enhancement, we can later add programming of terminal attack parameters like heading, impact angle, and velocity. We have also tuned its Launch Acceptable Region (LAR) logic, glide range, and corrected a crash bug related to quantity settings. The team is now hard at work on implementing the AGM-154 Joint Stand-Off Weapon (JSOW) and Multi-Sensor Integration (MSI) for Latent Track While Scan (LTWS) mode for an upcoming update.

You can read the complete Open Beta changelog here.

To better support JDAM coordinate targeting in Pre-Planned mode, we have plan to later add the ability to display coordinates on the Mission Editor map and the F10 View map Degrees/Minutes/Seconds/Decimal values. Cycle through coordinate display option available by press [Left Alt + Y] or you can change it in the options menu. Once you enter Degrees/Minutes/Seconds, press ENT on the UFC to then enter the two-digit decimal value and then press ENT again on the UFC.

SA-5 “Gammon” SAM Coming to DCS World
To further include a comprehensive set of Soviet/Russian air defence systems, we will be adding the SA-5 Gammon (S-200) Surface-to-Air Missile (SAM) system. The SA-5 is a very long-range SAM that was designed in the 1960s to primary counter long-range bombers. Each missile has four, large rocket boosters attached to the central core rocket. The SA-5 is often compared to the Space Shuttle at launch. Under optimal conditions, the SA-5 can engage targets out to 300 km and 40,000 meters in altitude. Maximum speed is approximately Mach 4.

In the nose of the missile is a semi-active radar homing seeker that homes in on radar guidance, in combination with mid-course correction, from the “Square Pair” engagement radar.

The missile is armed with a large 217 kg fragmentation warhead.

The SA-5 is a threat to high-value assets like AWACS and tankers that may stray to close to the battle area. Operated by both Syria and Iran, this SAM system will be a great addition to DCS World.

In parallel to this effort, we are also designing support for Integrated Air Defense System (IADS) networks and more advanced air defence AI to include shared-time searches, counter-SEAD/DEAD tactics, and SAM traps. Together, DCS will provide the most realistic and challenging air defence simulation to operate in. 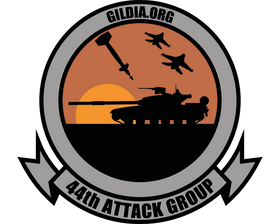