Designed for the German Luftwaffe by famed aircraft designer Kurt Tank in the late-1930s, the Fw 190 was the backbone of the Luftwaffe in both fighter and attack bomber roles. Powered by a large radial engine, the A version of the Focke-Wulf 190 was superior in many ways to the Bf 109s and Spitfires at the time of its introduction. In fact, this led to the development of the Mk.IX version of the Spitfire. The Spitfire LF Mk.IX and the Fw 190 A-8 make excellent counterparts for DCS World. The Fw 190 later evolved into the Fw 190 D-9, also available on DCS World.

Many of the Luftwaffe’s aces racked up their impressive kill counts in the Fw 190 A due to its impressive fire power, excellent low to medium altitude performance, durability, and ease of flying. It saw action on both the eastern and western fronts where it was both respected and feared by allied pilots. Armament included two fuselage-mounted 13 mm MG 131 machine guns and four wing-mounted MG 151/20E 20 mm cannons. The aircraft could also be loaded with unguided rockets and bombs.

The A-8 version of the Fw 190 entered production in February 1944, and it was powered by a BMW 801 D-2 radial engine. In addition to excellent low- and medium-altitude performance, the engine was also very rugged. Along with the F-8 version, it also had thicker armor around the engine. The engine also received the C3 injection system that provided an emergency boost of 1,980 PS in short durations.

The F-16C is a single seat, single engine multirole fighter that was developed in the 1970s. More than 4,500 units were manufactured and are operated today by 26 countries where the aircraft performs numerous missions that include air superiority, close air support, precision bombing, air defense suppression, reconnaissance and more. Few other aircraft can match its versatility, maneuverability, firepower, and huge production numbers.

Nicknamed the Viper by its pilots, the F-16 was designed with a reclined seating position for high G tolerance and a single-piece bubble canopy for exceptional visibility and comfort. Its lightweight and powerful F-110-GE-129 engine provides a greater than 1:1 thrust ratio.
Housed in the nose of the Viper is a multifunction APG-68(V)5 radar. The aircraft can also be equipped with multiple sensors such as the Sniper XR targeting pod and HARM Targeting System (HTS).

The Viper is armed for air-to-air combat with Sidewinders, AMRAAMs, and an internal 20mm 6-barrel Gatling gun. It can also be loaded with a wide range of air-to-ground weapons that include general purpose bombs, rockets, canister munitions, Mavericks, laser- and GPS-guided bombs, and more. The F-16 provides endless gameplay in DCS World!

Key Features of DCS: F-16C Viper DCS World Update This week we updated the “stable” version of DCS World based on the previous Open Beta versions. Key elements of the update include:
Please read the complete change log here

Our current focus on the Hornet is on releasing the Litening targeting pod in June and having the AGM-54 JSOW available later this month. We have also been busy updating the guidance of the AGM-88 HARM such that it does not re-target after a radar goes silent. 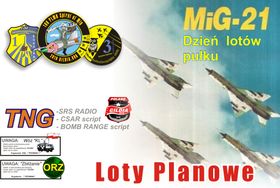