Open Beta Update Due to a statutory holiday in Russia this week, the team enjoyed a much needed day off to recharge and rest, because of this, we were only able to release a smaller update. You can read about it here. This update fixed some critical crashes throughout the game.
Some highlights are:
Development Report #4 [*]Localized precipitation [*]Multiple cloud layers [*]Multi-player synchronization [*]Lower Performance overhead with minimal to no “pop-in” 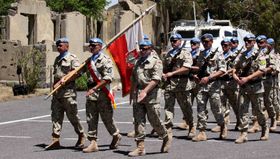